Gokyo valley is the home to the highest freshwater lakes in the world in Khumbu region (Everest region of Nepal). Gokyo Valley trek is the must see place for anyone looking for adventure is something you would not like to miss.

Gokyo Valley in Everest region which is the home of the highest several Himalayas well as mountain lakes. There are total 19 Gokyo Lakes in the Gokyo valley and all of them are freshwater system. The Gokyo Ri is the highest hill of 5357 meters that have the proud height to look straight at Mt. Everest (8848m) to several eight-thousanders like Lhotse (8414m), and Cho Oyu (8188m). The Gokyo valley Trek is a trekking through delightful valleys in mountain, crystal clear blue and green lakes, world’s biggest ice glacier called ngozumpa glacier dominated by nearest mountains of Everest Himalaya range.

Gokyo Valley Trek is labeled moderate in difficulty, so anyone with fairly good health can attempt it. Gokyo Valley is a living museum dotted with small villages and settlements still not touched by modernity and intact with an unspoiled environment. The friendly Sherpa local add the charm to the place with their simple rural lifestyles. It is also the base of the highest freshwater lake system (4700-5000 m) in the world, comprising of 19 both big and small lakes. Among them, six hold significant importance because of their size and depth.

Gokyo village (4700 m), a quaint village situated by the bank of third Gokyo Lake. This place has several stone houses, mainly small hotels catering to tourists and trekkers. Apart from the beauty of Gokyo Valley itself, the trek features traversing through several Sherpa settlements and Buddhist monasteries while enjoying the continuous vista of the Khumbu Himalayas. The trek, following the trails of Dudh Koshi River throughout, takes the trekkers from the green forested paths of Khumbu to the stony terrains to the moraines of Ngozumpa Glacier, the largest glacier in Nepal. These mountains, ridges and glaciers are supernatural as are your experiences with the Sherpa individuals, the well-known mountain inhabitants of this Himalayan wonderland. Sherpas lifestyle will add a further dimension to your experience of Gokyo Valley Trek.

It is a physically challenging task to ascend Gokyo Ri. Trekking in Everest region is awe-inspiring and Gokyo lake trek in the region is full of excitement and thrill. Besides mountain peaks and narrow trekking trail, the view of Ngozumpa Glacier, World's highest lake- Gokyo Lake and Gokyo Ri is the major attraction of Gokyo valley trek. We hike to Gokyo Ri to see the spectacular views.

The best time duration for Gokyo Valley Trek is Spring (March, April, and May) and Autumn (September, October, and November) when the climate is warm and sunny. for more details visit Best time to Travel 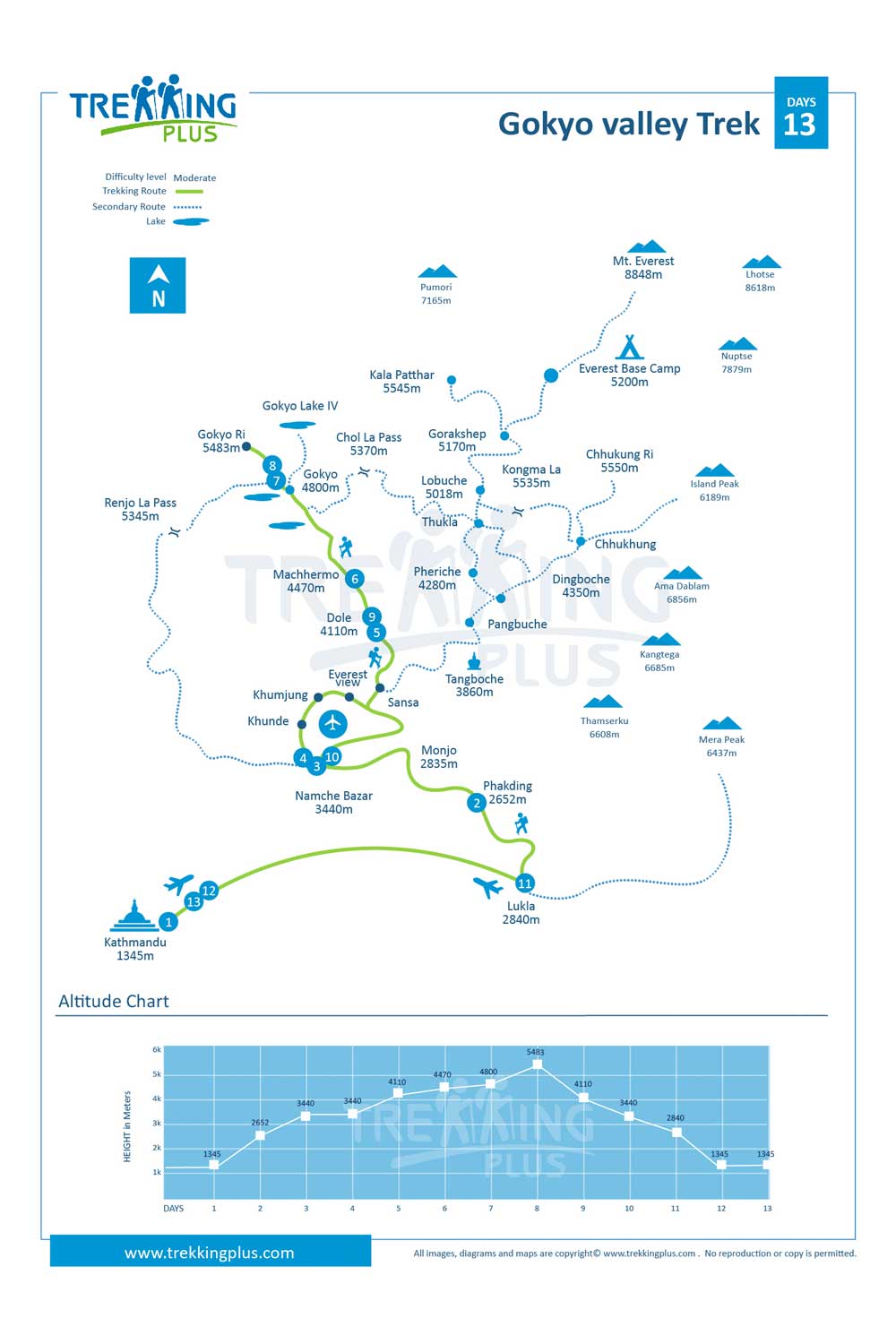